Rumors have been flying through the internet for weeks now about a potential new Wii U combo for gamers around the world to collectively ignore. Right in time for Kwanzaa, speculation suggests that the upcoming Legend of Zelda: Wind Waker HD would be replacing Nintendoland as a pack-in title for the 32gb deluxe console. There are even some leaked photos that supposedly originated from Target making the rounds riling up absolutely no one. It’s all extremely likely however, considering that slapping a Zelda game into the box of a struggling product is precisely the same move Nintendo made when 3DS sales were swirling around the shitter. And look how hot that thing is now! Well today we have what appears to be hard photographic evidence to back ‘dat SKU up. Not only does the image “confirm” this things existence but also reveals that at least the gamepad if not the system itself will feature the exact same little Hyrulian design flourishes that adorn its limited edition portable 3D cousin. Want to have a peep? Hang on just one more second while I pad this paragraph out a little bit. 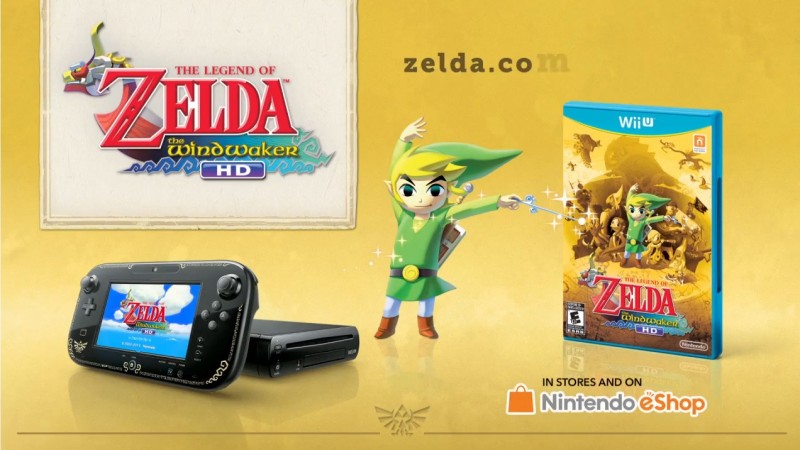 Looks pretty legit to me! Does anyone care about this? Haha. Of course not. No one likes Wii U.